Just watched an episode of Air Disasters in which two pilots flew their small passenger jet into the ground in final approach to the Durango, Colorado airport. The cause of the crash? Well, if the show's narrator is to be believed, it was cocaine.

It turns out the pilot had been up late the night before the accident, at which time he was partying with a girlfriend and "doing" cocaine -- a scene that the documentary luridly re-creates with blurred video and leering conspiratorial visages.

But was the accident really caused by cocaine?

Of course not. Had the pilot been drinking the night before, it would not have been caused by alcohol either.

But given the sloppy thinking of the Drug War mentality, the show's writers feel justified in concluding that cocaine caused the plane crash.

This is a problem, because it tends to justify the War on Drugs. After all, if cocaine causes planes to drop out of the sky, shouldn't we ban it?

The DEA hierarchy must be smiling every time they watch such a documentary, because they know that their jobs are safe for another generation, as Americans continue to be influenced by the logically challenged conclusions of Drug Warrior America.

Of course, we might as well conclude that the plane crash was caused by milk, since it's likely that the pilot imbibed that notorious indigestion-causing substance on the very day of the accident!

But then the National Dairy Association would never let that happen. They're far too savvy when it comes to PR. Remember when it was discovered that 30% of milk drinkers experienced gastrointestinal problems when consuming that beverage? The product wasn't exactly pulled from the shelves, was it? Instead, the Dairy Association successfully blamed the problem on the milk drinkers themselves, insisting that they were lactose intolerant and that the product itself was just fine, thank you very much. Of course, if I put out a product that sickened 30% of my customers, I'd be hauled off to jail -- but not so the Dairy Association.

Thus whom we blame for our country's ills depends on politics rather than on a rational evaluation of the facts at hand, and nowhere is this more true than in the case of Richard Nixon's bigoted, know-nothing Drug War.

Cocaine Users, before and after Drug War propaganda...

If you search the term "cocaine" on the site of a stock photo company such as Shutterstock, you'll be bombarded with photographs of white powder sprinkled around blood-covered money with a revolver lying nearby for good measure. This is all Drug War propaganda designed to villainize a substance that posed a threat to Big Liquor. The coca plant has been used historically by South American peoples for ages. Writers and musicians used coca wine religiously, including HG Wells, Jules Verne, Henrik Ibsen

Let us know what you think. Send your comments to me, Brian Quass, at quass@quass.com. Thanks! Please be sure to mention the title of the essay to which you are responding.


Newest Essay: How the Drug War Turns Kids' Lives into a Living Hell

Welcome to The Drug War Philosopher: Philosophical essays against America's bloody war on plant medicine, aka the drug war, which is anti-patient, anti-minority, anti-science, anti-mother nature, imperialistic, the establishment of the Christian Science religion, a violation of the natural law upon which America was founded, and a childish and counterproductive way of looking at the world, one which causes all of the problems that it purports to solve, and then some. Calling for fear not fact, education not demonization.

Top 10
1: How Ecstasy could end mass shootings
2: The Drug War as a Litmus Test for Philosophical Wisdom
3: Addicted to Addiction
4: How the Drug War killed Leah Betts
5: How the Monticello Foundation betrayed Jefferson's Legacy in 1987
6: The Drug War Board Game
7: Common Nonsense from Common Sense Media
8: Ten Reasons why the Drug War is Nonsense
9: Open Letter to Francis Fukuyama
10: Time to ACT UP about the racist drug war

Click here for more essays against America's disgraceful drug war, which is anti-patient, anti-minority, anti-nature, imperialistic, a violation of the Natural Law upon which Jefferson founded America, and the establishment of drug-hating Christian Science as a state religion.

*"Without the War on Drugs, the level of gun violence that plagues so many poor inner-city neighborhoods today simply would not exist." -- Heather Ann Thompson, The Atlantic, 2014.
The above numbers may represent undercounts since some of these totals were compiled in late 2021.

The news media just doesn't get it -- or doesn't want to get it. Most stories about the deaths of blacks in inner cities never mention the drug war, as if the fact that prohibition led to armed gangs had nothing to do with the skyrocketing gun deaths that they're reporting on today. For a case in point, check out the article by Micaela A Watts in CommercialAppeal with the headline: "Following 346 homicides in Memphis in 2021, officials consider what's driving the violence."

Yes, that's a real poser, Micaela. The city fathers must really be scratching their heads!

The author notes three major theories for the violence, all of which have nothing to do with the drug war: "Lack of conflict resolution skills," a lack of "fair wages," and (get this) poor mental health.

Looks like the city officials failed to ask themselves why city residents were armed to the teeth in the first place. Hello? That was due to the drugs warriors' substance prohibition which incentivized the poor and poorly educated young people to get into the fantastically profitable business of selling drugs!!!

Yes, drug warrior, YOU are responsible for these deaths. You! It's a natural result of your ban on medical godsends, some of which have inspired entire religions and have the potential for treating (if not curing) such diverse conditions as Alzheimer's, autism, and depression.

Drug War Victim of the Day

Southeast Washington DC remains a no-go zone, even for UPS drivers, as this latest shooting incident points out, which is 1 in 6 shootings that have taken place in the last week, two of them fatal. If this were happening in Hollywood, California, it would be a scandal. But movie stars are people, and victims of the drug war, especially when poor and black, are what Noam Chomsky calls 'unpeople.'

Is this the little boy I carried
Here with a bullet in his head?
Is this his sister right beside him,
Dead?

When did the city get so violent?
When did it turn a bloody mess?
Wasn't this caused by prohibition?
Answer: yes.

Is this my homie with a chest wound
Blood pooling slowly on his lap?
Never again will I believe in
Drug War crap


Check out the latest Drug War News!
Today's story:
It's the Prohbition, Stupid!

Quotes From TV and movies 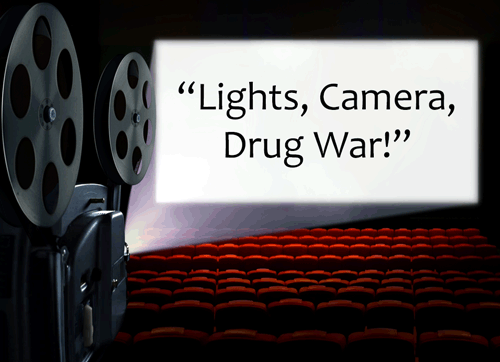 
Yes, even the director of "Bamboozled" is bamboozled about drugs. He agrees with the drug warrior lie that there are psychoactive substances in nature that have no positive uses whatsoever, in any place, any time, any context. This superstitious way of thinking has forced me to go without godsend medicine my entire life. Thanks, Spike. Why do you want people to become drug-hating Christian Scientists, exactly? These things that you call "drugs" have inspired entire religions. The conservatives are laughing as they rush to the polls to elect fascists, because they have bamboozled Spike Lee himself to sign off on the drug war which brings death and incarceration to inner city blacks. Throw away that "just say no" teddy bear with which you were bribed in childhood, Spike, and open your eyes.
More TV and movie Quotes at Lights, Camera, Drug War.

by The Drug War Philosopher

Mangual is the author of 'Cities got deadlier in 2020: What's behind the spike in homicides?' in which he never once mentioned the drug war!

Hi, Rafael. Just wanted to suggest that you start holding the drug war responsible for inner-city violence -- since substance prohibition incentivized 'dealing' in poor neighborhoods and the guns soon followed. Because no one mentions this 64,000-pound Gorilla, Trump is able to blame the deaths on Democrats, so that, rather than ending the violence-causing drug war, he can begin executing the blacks that drug warriors were previously happy with merely incarcerating.


This will, of course, be a huge sacrifice for everyday Americans, who do love their drug war, bless them.